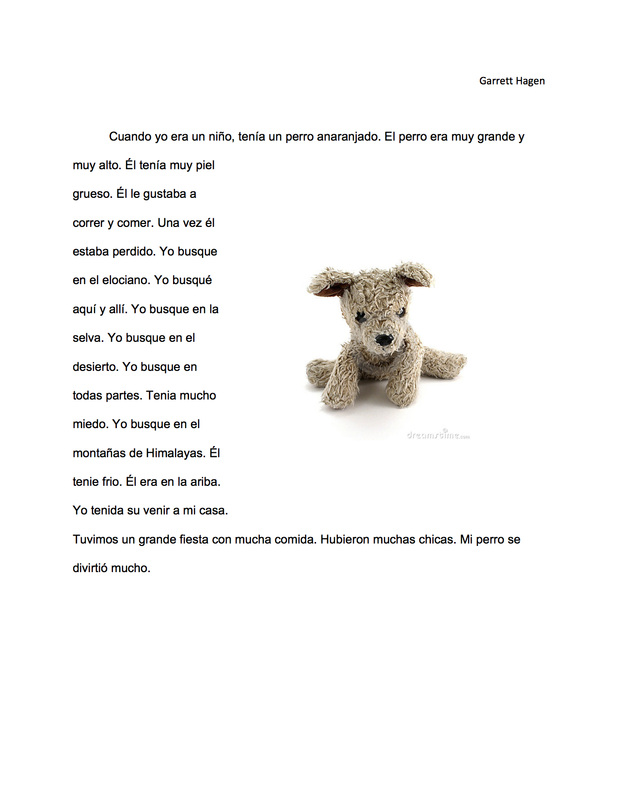 El Cuento de mi Niñez  was a project that majorly helped with my understanding
of preterite. A preterite is an event that happened in the past and we had
to conjugate each sentence. The best example I can come up with is
if you're at the hospital and you keep saying "I eat a hamburger"
the doctor is not gong to understand, but if you use preterite then you
can say, "I ate a hamburger"

We were given this project to study a Spanish speaking person, any person, and do
a presentation about it. I chose David Gonzalez the professional skateboarder. He won
Skater of the Year in 2012 and in 2011 won Street League. Street League is the
biggest skating only competition in American. David Gonzalez is 24 years old and from
Columbia. He moved to Miami, Florida when he was 14. At this same age, he started
skating.
﻿Hola. Soy David González el skateboardero profesional. Tengo benté y cuatro (24)
años. Cuando yo tenía catorce (14) año yo quité estudiar para skateboarder. Yo gané
“El skateboarder del año” en dos-mil-doce (2012). He puesto ediciones de video.
Uno de ellos se llama “Possessed to Skate”. En dos-mil-once (2011) me uní con
“Street League”.
We had to create a story for reflexive verbs.
Mine presentation was lost due to a computer hard drive crash.

We had to create a podcast describing our house in Spanish and English.
Originally we read the book La Casa en Mango Street and we modeled our podcast after that.

For this project we chose a cuban recipe and make to bring to exhibition.
I made cuban panini with salami, pickles, mustard, swiss cheese, roast beef, ham, and cuban bread.
Before we did this project we watched a full documentary on Che Guevara. 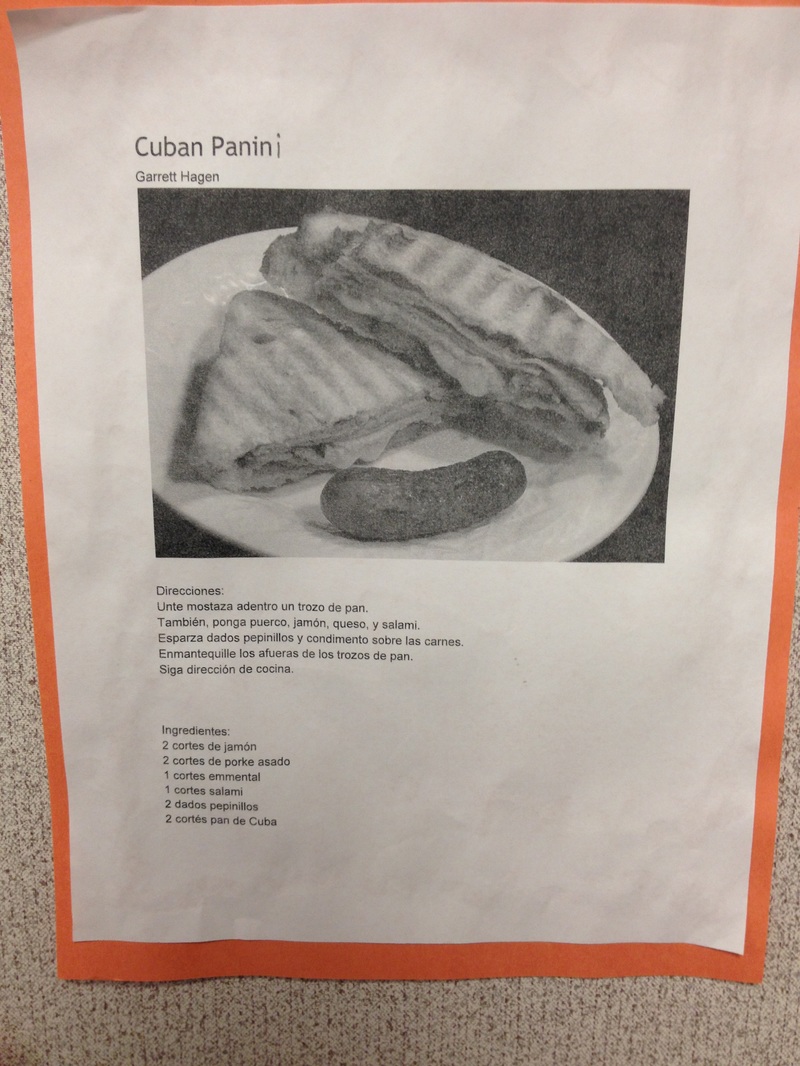