In this project we were split up into three conflicts: Climate change, Immigration, and college debt. I was assigned to college debt and wrote both legislation and a speech. 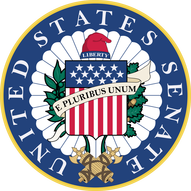 Hello my fellow senators, I’m Jack Reed also a Democrat from the great state of Rhode Island. Extensive experience in legislation for higher education such as being the main sponsor for The Student Affordability Act and multiple other co-sponsorships, has provided me with an increased amount of personal experience in this field. That being said, I support this bill fully due to the fact it supports both sides, is a reasonable solution to a long-term problem, and uses the government's money in the most efficient way without wasting it
College tuition has increased by 92% since 2004 for those going to a four year institution and nearly 1000% in the past 30 years. It is one of, if not the most pressing issue that faces America today. In Section 2, it proposes putting $200 billion into states to subsidies public universities in turn making tuition lower. This section exemplifies what solutions we should be pushing towards as a nation. To keep money flowing into the universities after the $200 billion runs out, it proposes cutting the military budget by $18 billion, which in comparison to aircraft carriers costing around $10.4 billion, isn’t a big cut from their annual $600 billion. I highly suggest all of my fellow senator to pass this bill due to the fact it is a good start to a long term problem.