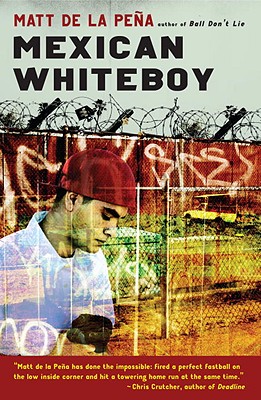 
Mexican Whiteboy is about two poverty ridden individuals who have to struggle through the cons
about being a mexican in San Francisco. These boys are called Danny and Uno and they are both
mixed races. The are socialized to be what they look like. Even though Danny doesn't talk he has a
lot going through his mind. Uno talks a lot and is manly and tough in threatening situations that they
face along the way.


The way mexican view dark-skinned mexican and light skinned mexican has an impact on how they
socialize each other. It says in the book all the white people live in the nice part of San Francisco and
all the blacks and mexican live in the poverty part.

1. Identify a comment made by someone else during the seminar. React to his/her statement.
This could be a statement you thought was interesting, that you strongly agree or disagree with,
that made you question, that you are still thinking about.

“In todays society it is frowned upon to have mexican athletes, like just think about it all the
main stars in sports today are white.” I don’t want to name who said this but I didn’t agree with
this. I understand what they are saying but I just think that people aren’t that critical about athletes
in todays society. I thought about it and there are plenty of athletes that are mexican and good
that play soccer, baseball, football, and plenty of other sports.


2. Make a connection between the issues discussed in the seminar and another topic or idea
(news story, novel, experience, event, your choices, movie, song, article, class…)

It made me think about how two kids from the ghetto some how found out how to make a living and
be happy. You don’t see this often but it just made me think of the movie ‘8 Mile’. How a talented guy
came from the very bottom and made a living being very talented at what he does.


3. In what area do you feel you did well in seminar? Which “move” do you think you need to
work on? Why?

I feel like I did good on expanding on new points and backing up others. I helped others talk who
weren’t talking occasionally. I feel like I could do better on starting new ideas and having others expand
on mine. I don’t want to control the conversation I just could have done better contributing.


4. Write out the most beautiful line. Explain why it is.

I don’t exactly remember the line but I enjoyed the part where they suck the trains energy up and
that make me think of how the energy flows in them and they just need to find that engerry. I feel
like this make Danny feel better and be stronger but it wasn’t the actual train energy it was the stored
stuff he had inside. 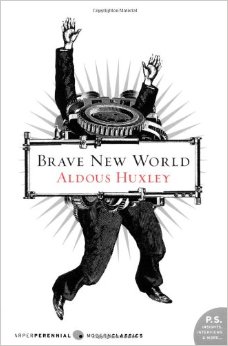 1.     Well the message at the time was that the society was changing fast and Huxley didn’t like is so
he wrote this book. Also the message to me was that pleasure doesn’t always mean you are happy.
Pleasure is still good but it always doesn’t bring happiness.

2.     Going back to the fist question, happiness comes with what you enjoy not just pleasure. If you are
brainwashed to think this way it is fake happiness. If you can’t be happy naturally it will lead to bad
thoughts and brain problems if you are always sad.

3.     To me this means that the objects in this society didn’t cost enough for how happy they made you.
If all these drug and alcohol make you so happy then why are they so cheap? My answer to this is
because the government wanted to keep them inline and not question why happiness is so easy to come
by.